Nov
26
in the press
Interior Design 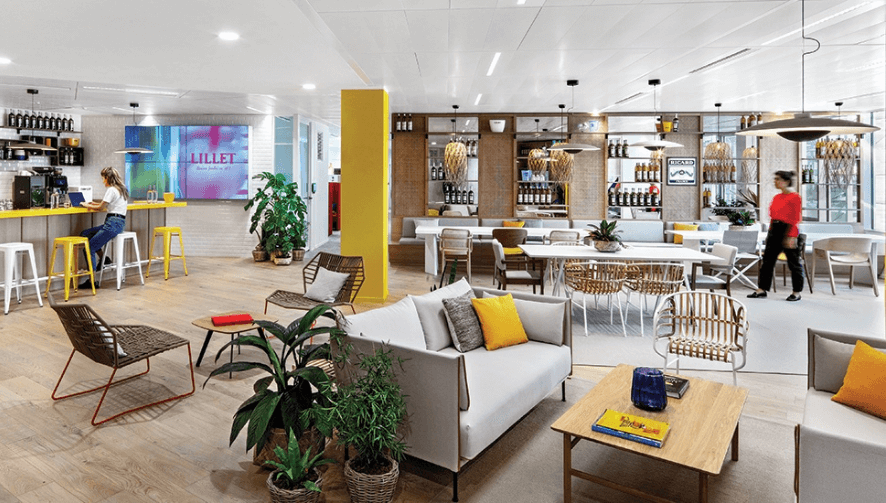 Olivier Saguez is far from convinced that the office is dead. “I don’t think you work best from home,” the Saguez & Partners founder asserts. “You don’t come into contact with others. So, you stay stuck with the same ideas. Working today is a collaborative experience and you need a place that creates connections.”

The firm’s latest project—new Parisian headquarters for the Pernod Ricard wine and spirits group—is designed to do exactly that. Housed in a building by Ferrier Marchetti Studio, the office stands contiguous to Saint-Lazare train station and spans almost 200,000 square feet across eight floors. There are planted terraces and a few beehives on the green rooftop, and while none of the firm’s 900 employees has an assigned workstation, they do have a choice of some 2,400 different seats. They also have access to an almost dizzyingly long list of amenities, which include an in-house package-delivery counter, a game room, a travel lounge with a nap room, and a “Health Village” comprising a gym, hairdressing salon and barber’s shop, massage parlor, and an infirmary.

Not bad, you may think. But the real highlight is the breathtaking 360-degree panorama the building affords over the City of Light. It’s hard to think of a single Parisian landmark that can’t be seen. There’s the Sacré Cœur to one side, the Eiffel Tower to the other and, oh yes, isn’t that the Pompidou Center all the way over in the distance? Not surprisingly, the most popular spots to work are the series of long tables that run along the windows. “You’re transported elsewhere,” Saguez & Partners creative director and associate Jean-Philippe Cordina enthuses. “It’s like a haven of peace and security at the heart of the city.” He, Saguez & Partners, and their team were also careful to maximize the influx of natural light. Partitions are kept to a minimum and shelving systems deliberately conceived to be see-through so as not to block the sunshine.

More informations about the project? It’s all here. 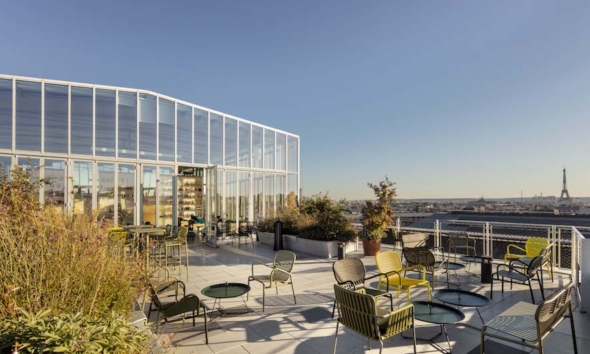 The Island : one of the most popular offices of 2021 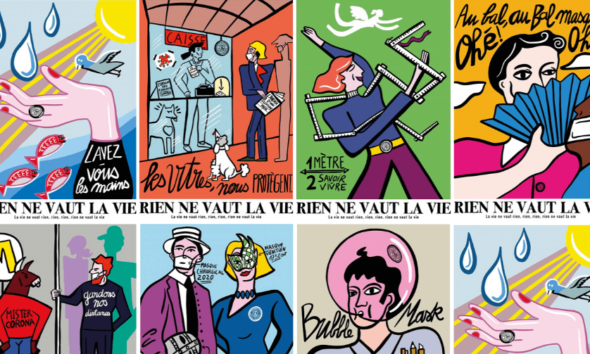